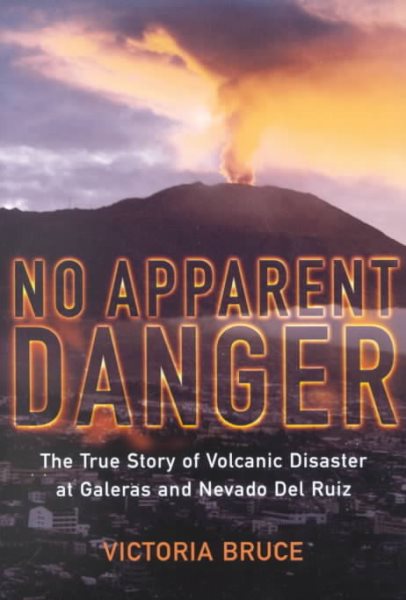 A true tale of rescue in the face of extreme natural disaster follows two geologists into the hot crater of a Colombian volcano to save several colleagues trapped by an eruption. Read More
On January 14, 1993, a team of scientists descended into the crater of Galeras, a restless Andean volcano in southern Colombia, for a day of field research. As the group slowly moved across the rocky moonscape of the caldera near the heart of the volcano, Galeras erupted, its crater exploding in a barrage of burning rocks and glowing shrapnel. Nine men died instantly, their bodies torn apart by the blast. While others watched helplessly from the rim, Colombian geologist Marta Calvache raced into the rumbling crater, praying to find survivors. This was Calvache's second volcanic disaster in less than a decade. In 1985 Calvache was part of a group of Colombia's brightest young scientists that had been studying activity at Nevado del Ruiz, a volcano three hundred miles north of Galeras. They had warned of the dire consequences of an eruption for months, but their fledgling coalition lacked the resources and muscle to implement a plan of action or sway public opinion. When Nevado del Ruiz erupted suddenly in November 1985, it wiped the city of Armero off the face of the earth and killed more than twenty-three thousand people -- one of the worst natural disasters of the twentieth century.No Apparent Danger links the characters and events of these two eruptions to tell a riveting story of scientific tragedy and human heroism. In the aftermath of Nevado del Ruiz, volcanologists from all over the world came to Galeras -- some to ensure that such horrors would never be repeated, some to conduct cutting-edge research, and some for personal gain. Seismologists, gas chemists, geologists, and geophysicists hoped to combine their separate areas of expertise to better understand and predict the behavior of monumental forces at work deep within the earth.And yet, despite such expertise, experience, and training, crucial data were ignored or overlooked, essential safety precautions were bypassed, and fifteen people descended into a death trap at Galeras. Incredibly, expedition leader Stanley Williams was one of five who survived, aided bravely by Marta Calvache and her colleagues. But nine others were not so lucky.Expertly detailing the turbulent history of Colombia and the geology of its snow-peaked volcanoes, Victoria Bruce weaves together the stories of the heroes, victims, survivors, and bystanders, evoking with great sensitivity what it means to live in the shadow of a volcano, a hair's-breadth away from unthinkable natural calamity, and shows how clashing cultures and scientific arrogance resulted in tragic and unnecessary loss of life. Read Less

Goodreads reviews for No Apparent Danger: The True Story of Volcanic Disaster at Galeras and Nevado del Ruiz