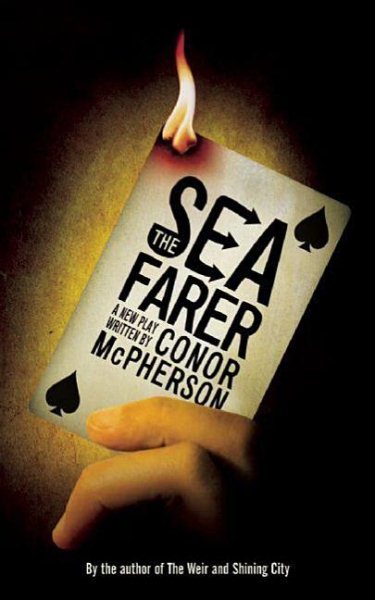 Another chilling play by the author of Shining City and The Weir Read More
“Conor McPherson, who [turned] 35 in August, is one of the genuine treasures of the English-language theatre. It is absolutely intoxicating to ponder what he will give us in the future.”—Irish Echo“The unique and extraordinary aspect of McPherson’s writing is the way in which his characters reveal themselves in tiny details which almost imperceptibly build up an extensive picture of the past, present and future, not just of themselves but of Ireland.”—The Sunday Mail (London)Conor McPherson returns to his native Dublin for the setting of his new play, which he will direct in a much-anticipated production at London’s National Theatre in fall 2006. It is Christmas Eve, and James “Sharky” Harkin, erstwhile fisherman/van driver/chauffeur, gathers with friends at the dingy flat he shares with his blind brother to drink booze and play cards. As Christmas Eve becomes Christmas Day, the familiar-looking stranger Mr. Lockhart reminds Sharky of the bargain he made when they last met in prison—and Sharky suddenly finds himself playing a game with the stakes set at his soul. With this magnificently atmospheric new play, McPherson is once again set to entrance his audience, this time with a new take on the Faustian theme. Conor McPherson was born in Dublin, where he still lives. His plays include This Lime Tree Bower, St. Nicholas, The Weir, Port Authority, Dublin Carol, and Shining City, which premiered on Broadway in spring 2006. One of Ireland’s leading playwrights, his work has been produced throughout the United Kingdom and the United States. Read Less

Goodreads reviews for The Seafarer

Whistling Vivaldi: How Stereotypes Affect Us and What We Can...