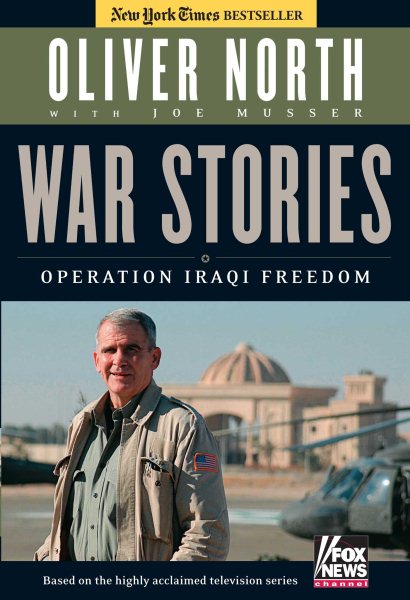 The author reports his first hand experience of Operation Iraqi Freedom, basing his details on his tour in Iraq with the First Marine Expeditionary Force and the Army's Fourth Infantry Division. Read More
The mainstream media are trying to discredit our victory in Iraq by saying there was no reason to take out Saddam. But Oliver North knows better. He was there. Embedded with Marine and Army units for FOX News Channel during Operation Iraqi Freedom, North (himself a decorated combat veteran) vividly tells the story his camera gave us glimpses of during the campaign to liberate Iraq. This updated edition features a new chapter detailing the events after the end of major hostilities&#151;including the capture of Saddam Hussein&#151;and brand-new action photos straight from the front line. Read Less