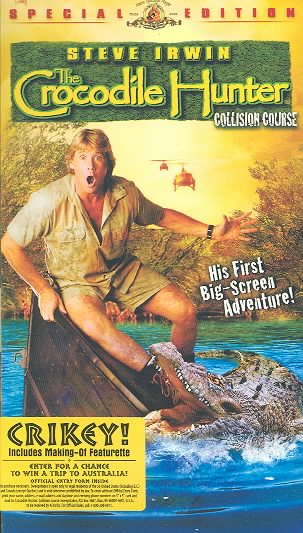 Steve Irwin is sent out to relocate a huge crocodile that has swallowed a top secret U.S. satellite beacon. Read More
Crikey! Steve Irwin, the irrepressible breakout star of his own Animal Planet series, costars with his wife Terri (the hardest working couple in the natural world) in this untamed adventure about the Irwin's efforts to save a crocodile from poachers. They don't realize it is the CIA that is after the crocodile, which has swallowed the black box from a downed U.S. satellite. Read Less

The Crocodile Hunter: The Incredible Life and Adventures of...