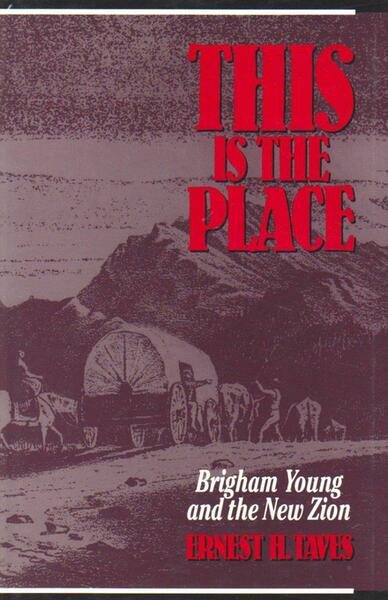 Recounts the migration of the Church of Jesus Christ of Latter-day Saints to the Utah Territory, led by Brigham Young Read More
The unfolding of the American West is paralleled by the evolution of the Mormon religion. The Church of Jesus Christ of Latter-Day Saints was founded in 1830 by Joseph Smith. Public hostility to his claims of divine revelations drove the Mormons from New York State to Missouri to Illinois, where Smith was murdered by a furious mob. Leadership was eventually assumed by Brigham Young, who guided his flock westward in search of the "New Zion." Legend has it that, when they reached the vast open spaces of the Great Basin, he ended the journey by declaring "This is the place."Building on his critically acclaimed book about the origins of the Mormon faith, Ernest H. Taves offers further stylometric analysis of texts from the Book of Mormon and recounts the spellbinding story of the cross-continental trek and establishment of the Mormon empire. Covering the years between Smith's assassination in 1844 to the completion of the transcontinental railroad in 1869, Taves also includes discussion of polygamy and its effect on Utah's petition for statehood, and the economic impact of the 1849 gold rush on the Mormon community. A story of both monumental triumph and intense tragedy, This Is The Place is a critical yet sympathetic examination of an integral part of American history. Read Less

Goodreads reviews for This Is the Place: Brigham Young and the New Zion

Once upon a Lifetime: A Teacher's Eye View of Living in the...

Paradigms: The Business of Discovering the Future