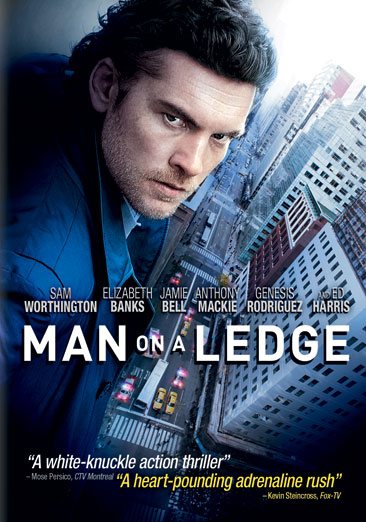 An ex-cop, falsely imprisoned for stealing a diamond from a powerful tycoon, escapes from prison and stages a suicide attempt to clear his name, while his brother breaks into the tycoon's vault to prove the jewel was never stolen in the first place. Read More
"In the film critics call a ""white-knuckle action thriller,"" ex-cop Nick Cassidy (Sam Worthington, Avatar & Clash of the Titans) escapes from prison to plan the ultimate heist: steal a $40 million diamond from cutthroat businessman David Englander (Ed Harris), and in the process prove his innocence. From the ledge of the famous Roosevelt Hotel, with the whole world watching, Cassidy plays a clever game of cat & mouse with the NYPD while his dutiful brother Joey (Jamie Bell) works against the clock to extract the diamond and clear his brother’s name." Read Less