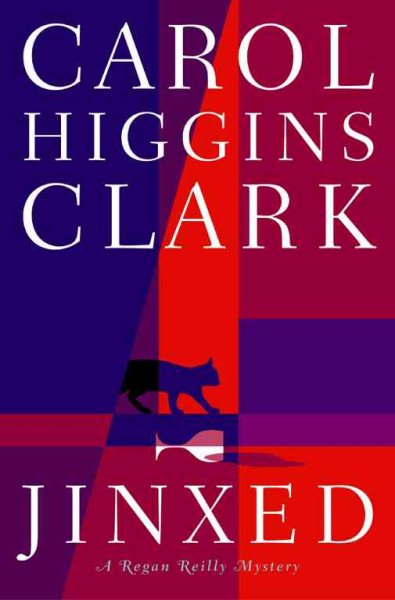 Hired to find a missing movie starlet, private investigator Regan Reilly finds her search taking her to such sites as a movie set, boutique wineries, and New Age cults. Read More
Carol Higgins Clark, bestselling author of Fleeced and co-author with Mary Higgins Clark of He Sees You When You're Sleeping, returns in top form in her new Regan Reilly mystery, blending her talent for intriguing locales, eccentric characters, and fast-paced suspense laced with humor. In Jinxed, smart, saucy sleuth Regan Reilly faces a new challenge -- the case of the missing wedding guest. Regan, an L.A.-based private detective, returns to her office after a vacation with her beau, Jack "no relation" Reilly. Their tour of the wineries in Napa Valley and Santa Barbara County is cut short when Jack has to fly back to New York City, where he is the head of the Major Case Squad of the NYPD. Their last stop had been at Altered States, a run-down winery owned by three siblings who are all former hippies -- Lilac, Earl, and Leon Weldon. Not knowing how soon it would be put to use, Regan leaves her business card behind. Within minutes of being back to work, Regan gets an excited call from Lilac. The Weldon family has been invited to the wedding of ninety-three-year-old Lucretia Standish, a former silent-screen star, who made a killing in a dot-com before it went bankrupt. Lucretia had been married to the Weldons' Uncle Haskell and had invested the money she inherited from Haskell in the dot-com. Lucretia's maid, Phyllis, clues Lilac in on the fact that Lucretia plans to give the Weldons $2 million each -- if they all show up at the wedding. The wedding is two days away, and there is only one problem -- Lilac's daughter, Whitney, aka Freshness, a young actress, has taken off on one of her go-with-the-flow weekends. Whitney is out of touch and goes where the wind blows. If it doesn't blow her back into town by Sunday morning, the Weldon family will be out $8 million. Regan's job is to find Whitney. But unbeknownst to Regan, there's someone else on the hunt. Lucretia's fiancé, the much younger Edward Fields, has hired an accomplice in crime to locate Whitney and keep her away from the wedding. Edward knows Whitney will recognize him as the con man she'd met in acting class in New York. He wants to say "I do" to Lucretia and her millions before Whitney can protest. When Edward finds out that Regan Reilly has been hired to find the missing Whitney, he gives the order to get rid of her as well. Meanwhile, Lucretia is befriended by a gang of bikers, the story of her upcoming nuptials is featured on national television news, and wildfires are threatening to consume the barn where Whitney is being held captive. As in her previous novels, Carol Higgins Clark has created a novel that is both exciting and vastly entertaining. As no less a master of suspense than Nelson DeMille has said, "Clark's writing is elegantly clear and concise, her characters are witty and engaging, and her plots and pacing are perfect." And in Jinxed, she is at her very considerable best. Read Less