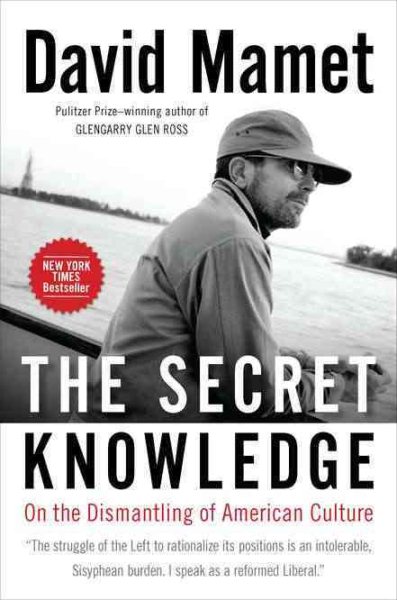 The author of "Glengarry Glen Ross" addresses key political issues from religion and political correctness to taxes and global warming while denouncing current administrative agendas and explaining why he has abandoned his liberal views. Read More
David Mamet has been a controversial, defining force in nearly every creative endeavor-now he turns his attention to politics. In recent years, David Mamet realized that the so-called mainstream media outlets he relied on were irredeemably biased, peddling a hypocritical and deeply flawed worldview. In 2008 Mamet wrote a hugely controversial op-ed for the Village Voice, "Why I Am No Longer a 'Brain-Dead Liberal'", in which he methodically attacked liberal beliefs, eviscerating them as efficiently as he did Method acting in his bestselling book True and False. Now Mamet employs his trademark intellectual force and vigor to take on all the key political issues of our times, from religion to political correctness to global warming. The legendary playwright, author, director, and filmmaker pulls no punches in his art or in his politics. And as a former liberal who woke up, Mamet will win over an entirely new audience of others who have grown irate over America's current direction. Read Less

Goodreads reviews for The Secret Knowledge: On the Dismantling of American Culture

A Life in the Theatre (A Play)