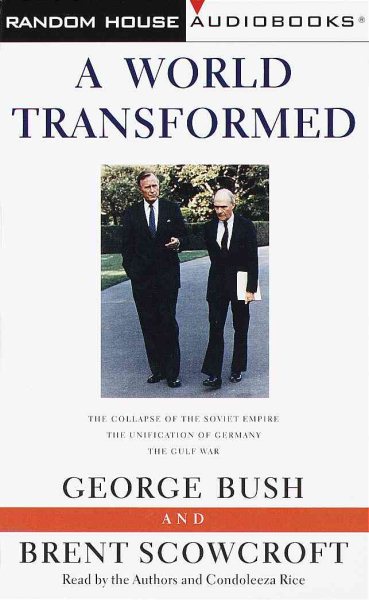 The former president and his national security adviser share their thoughts on the tumultuous international events of his administration, from the collapse of the Soviet Union and the reunification of Germany to the Gulf War. Read More
In collaboration with his National Security Advisor, the former president offers a behind-the-scenes account of his tumultuous administration, chronicling such events as German reunification, Tiananmen Square, the Gulf War, and the collapse of the Soviet Union. Read by the authors. Simultaneous. Read Less

Goodreads reviews for A World Transformed

America and the World: Conversations on the Future of Americ...