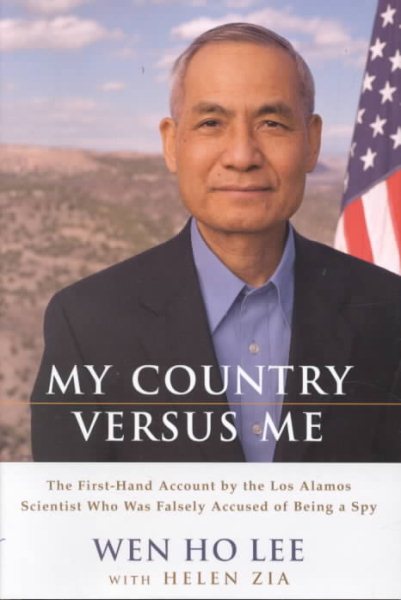 The Los Alamos scientist accused of spying for China speaks out for the first time, sharing his side of the story on his arrest and imprisonment. Read More
For the first time, Wen Ho Lee speaks out: about his work at Los Alamos and his experiences with the FBI, about his arrest and imprisonment. In January of 1999, the arrest of Wen Ho Lee, the Los Alamos scientist who was falsely accused of espionage by the U.S. government and imprisoned without trial, sparked controversy throughout the country. Throughout the ordeal, Wen Ho Lee quietly and steadfastly maintained his innocence. Now he tells his story. A riveting account about prejudice, fear, suspicionand courage, My Country Versus Me offers at last a clear and truthful look at one of the great miscarriages of justice of our time. Read Less

Goodreads reviews for My Country Versus Me: The First-Hand Account by the Los Alamos Scientist Who Was Falsely Accused of Being a Spy

My Country Versus Me: The First-Hand Account by the Los Alam...

Art in Crisis, The Lost Center

The Lives of the Lord Chancellors and Keepers of the Great S...