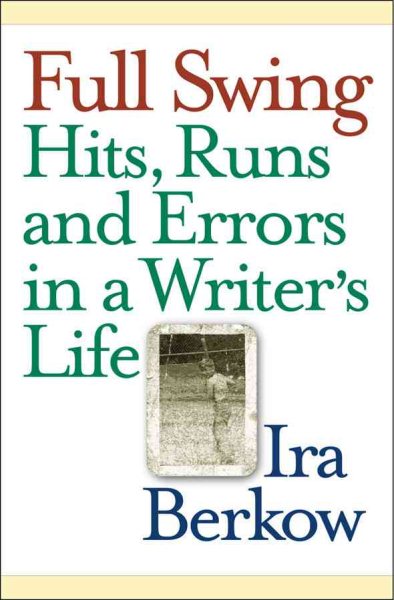 A memoir of life and sport by the Pulitzer Prize-winning New York Times columnist and feature writer, one of the most articulate and admired sports writers in America. Berkow's very personal story carried him from his youth on the streets of Chicago to his accomplishments in Manhattan and elsewhere. Read More
An inspirational and often humorous personal memoir traces the New York Times sportswriter's journey through his unpromising educational years to become a writer, describing his father's influence on his character, his discovery of his writing passion, and his relationships with such individuals as columnist Red Smith, Hall of Fame coach Red Holzman, and Michael Jordan. Read Less

Goodreads reviews for Full Swing: Hits, Runs and Errors in a Writer's Life

Hank Greenberg: The Story of My Life

It Happens Every Spring: DiMaggio, Mays, the Splendid Splint...

How to Talk Jewish