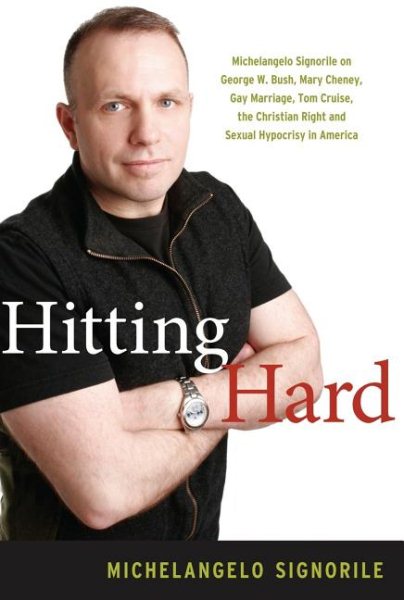 A syndicated New York Press columnist and daily talk show host for OutQ addresses key issues in the debate between conservatives and the gay community, citing contradictions within the Bush administration's agenda while examining such topics as gay civil rights, sex crimes in the Catholic church, and Republican homosexuals. Original. Read More
For over two decades, Michelangelo Signorile has been among the most outspoken and controversial critics of American politics and culture. As a gay activist and journalist, he earned acclaim as the father of the “outing” phenomenon. Today, he remains one of the most widely read and talked about gay muckrakers. In Hitting Hard (Signorile’s first new book since his national bestseller, Outing Yourself), the author tackles the most heated topics of debate among gay people and the political left. Read Less

The second tour of Doctor Syntax in search of consolation,:...