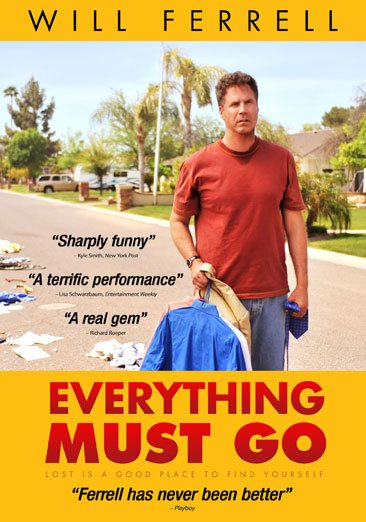 Nick Halsey loses his job and family after a brief alcoholic relapse, so in an attempt to start over, he tries to sell everything he owns in a yard sale. Read More
"“Will Ferrell shines” (Detroit News) as Nick, a career salesman who loses his wife and his job in the worst day of his life. Faced with his life imploding, Nick puts it all on the line – or, rather, on the lawn – as he moves himself and all his possessions to his front yard. Based on the short story by Raymond Carver, EVERYTHING MUST GO is “Will Ferrell as you’ve never seen him” (Rolling Stone) in this unflinching comedy about what happens after life falls apart." Read Less