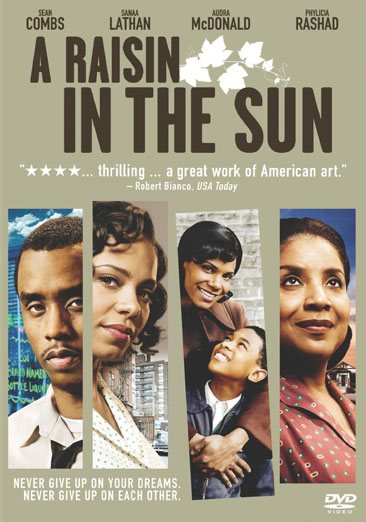 Set in 1950's Chicago, an African-American family tries to have a better life, while living amongst poverty and racism. Read More
"Sean Combs reprises the role which brought him critical acclaim in the highly anticipated, special three-hour television movie adaptation of the award-winning Broadway revival. Based on the play that inspired a generation, it tells the story of a family living and struggling on Chicago's South Side in the 1950s. It was the first play written by an African American woman to be produced on Broadway." Read Less