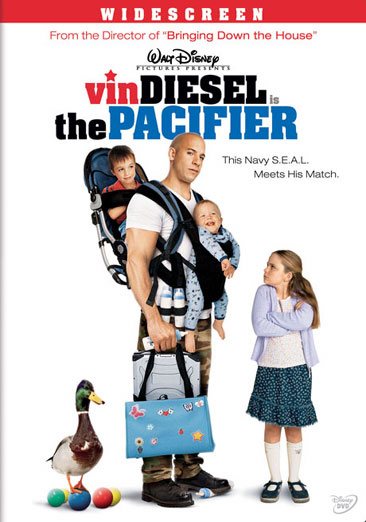 Lt. Shane Wolfe, a Navy SEAL, is assigned to protect the five children of a recently deceased government scientist. Read More
Vin Diesel is great as a navy seal turned babysitter in this kid-friendly action comedy. A botched rescue mission (brimming with stunts) results in the death of a scientist and the hospitalization of seal team-leader Shane Wolf (Diesel). Once he recovers, he is assigned to duty as a bodyguard for the dead man's family. But even for a seal--toughened to the point of stoniness--dealing with the chaos, smells, noises, and complexities of a large, fatherless family proves to be a heavy challenge. The kids don't like his authoritative ways and they have no problem defying him at every turn. Eventually everybody bonds and while the family teaches him to listen and relax, he teaches them the combat skills they need to succeed in suburban Los Angeles. Read Less