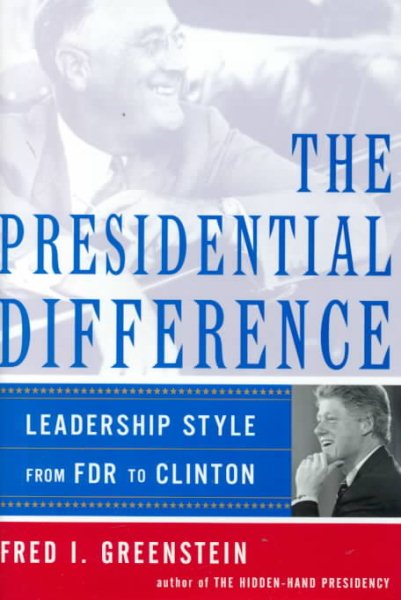 Examines the leadership style and strategy of American presidents from Franklin Roosevelt to Bill Clinton, assessing each in six general categories--communication, organization, natural skill, vision, cognitive style, and emotional intellience. Read More
Drawing on a quarter-century's immersion in the presidential record and scores of interviews, Fred I. Greenstein provides an account of the qualities that have served well and poorly in the Oval Office from Franklin D. Roosevelt's first hundred days to the end of the Clinton administration.Greenstein offers a series of bottom-line judgments on each of his eleven subjects and a bold new explanation of why presidents succeed or fail. Previous analysts have placed their bets on the president's political prowess or personal character. Yet by the first standard, LBJ should have been our greatest president, and by the second the nod would go to Jimmy Carter. Greenstein surveys each president's record in public communication, political skill, vision, cognitive style, and emotional intelligence. He concludes that the last is by far the most important. Read Less

Goodreads reviews for The Presidential Difference: Leadership Style from Roosevelt to Clinton