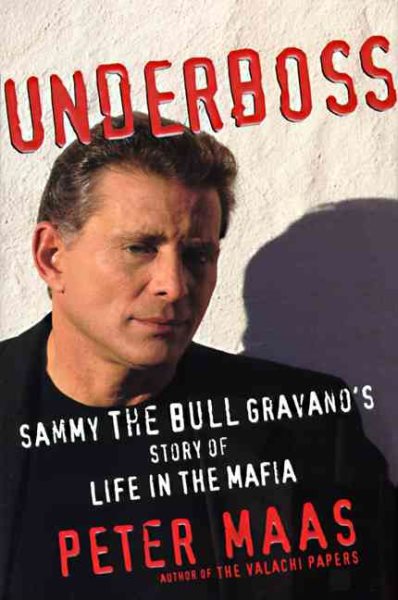 Describes the criminal career of Salvatore (Sammy the Bull) Gravano, who was second in command in the Gambino organized-crime family, and whose testimony helped convict mob leader John Gotti Read More
In March of 1992, the highest-ranking member of the Mafia in America ever to defect broke his blood oath of silence and testified against his boss, John Gotti.He is Salvatore (Sammy the Bull) Gravano, second-in-command of the Gambino organized-crime family, the most powerful in the nation.Today, Gotti is serving life in prison without parole. And as a direct consequence of Gravano's testimony, Cosa Nostra - the Mafia's true name - is in shambles.In Underboss, based on dozens of hours of interviews with Gravano, much of it written in Sammy the Bull's own voice, we are ushered as never before into the uppermost secret inner sanctums of Cosa Nostra - an underworld of power, lust, greed, betrayal, deception, sometimes even honor, with the specter of violent death always poised in the wings.Gravano's is a story about starting out on the street, about killing and being killed, revealing the truth behind a quarter-century of shocking headlines. It is also a tragic story of a wasted life, of unalterable choices and the web of lies, weakness, and treachery that underlie the so-called Honored Society. Read Less

Goodreads reviews for Underboss: Sammy the Bull Gravano's Story of Life in the Mafia

The Terrible Hours: The Greatest Submarine Rescue in History