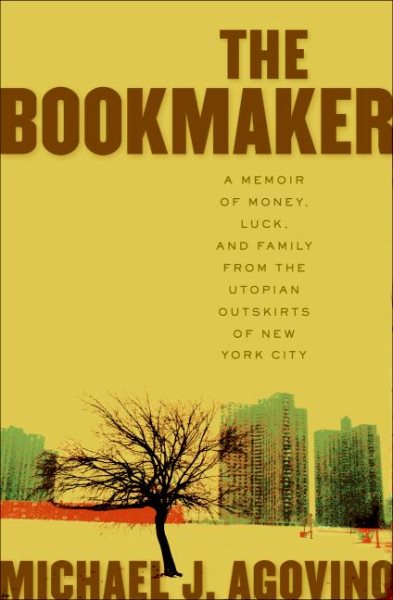 Chronicles the author's life in the Bronx during the 1970s-1990s as his union man father attempted to further his family's fortunes by moonlighting as a gentleman bookmaker and gambler. Read More
Marking the debut of a gifted new writer, The Bookmaker teems with humanity, empathy, humor, and insight.At the heart of Michael J. Agovino's powerful, layered memoir is his family's struggle for success in 1970s, '80s, and '90s New York City—and his father's gambling, which brought them to exhilarating highs and crushing lows. He vividly brings to life the Bronx, a place of texture and nuance, of resignation but also of triumph. The son of a buttoned-up union man who moonlighted as a gentleman bookmaker and gambler, Agovino grew up in the Bronx's Co-op City, the largest and most ambitious state-sponsored housing development in U.S. history. When it opened, it landed on the front page of The New York Times and in Time magazine, which described it as "relentlessly ugly."Agovino's Italian American father was determined not to let his modest income and lack of a college education define him, and was dogged in his pursuit of the finer things in life. When the point spreads were on his side, he brought his family to places he only dreamed about in his favorite books and films: the Uffizi, the Tate, the Rijksmuseum; St. Peter's, Chartres, Teotihuacán. With bad luck came shouting matches, unpaid bills, and eviction notices.The Bookmaker is both a bold, loving portrait of a family and their metropolis and an intimate look into some of the most turbulent decades of New York City. In elegant and soaring prose, it transcends the personal to illuminate the ways in which class distinctions shaped America in the last half of the twentieth century. Read Less

Goodreads reviews for The Bookmaker: A Memoir of Money, Luck, and Family from the Utopian Outskirts of New York City

Wild Bill Donovan: The Spymaster Who Created the OSS and Mod...