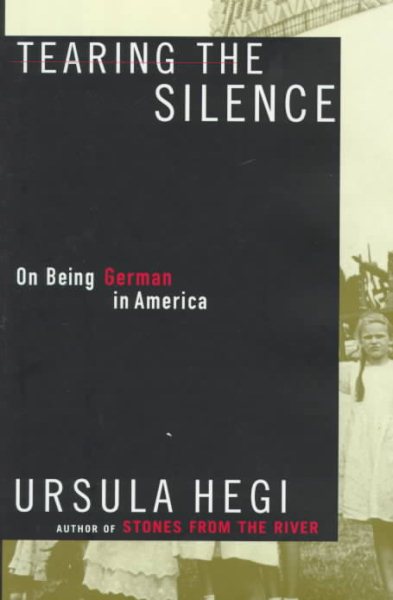 Reveals the feelings of those German-born Americans who were children during World War II and still carry the burden of shame brought on by the Holocaust Read More
Ursula Hegi uses the art of the interview to see deeply into the personal histories of fifteen women and men as they confront at last the terrible and pervasive silence that made any mention of the Holocaust taboo in their homes and schools while they were growing up. For many of them this is the first time they've spoken of these memories and feelings. They share their pain with us, their guilt, their anger, and their compassion as they take us into the world of their parents and try to sort out the impact of the war on their own lives. The more specific these life stories are, the more universal they become.Included in Tearing the Silence is Hegi's personal journey of leaving in Germany as an eighteen-year-old. She approaches the interviews as a novelist - not a historian - searching for the connecting themes within each story, and then lifting these themes to the surface by selecting significant material, much in the way she would write a story or novel. A huge difference, though, is that the words are entirely those of the women and men, who tell her about their lives with such amazing openness.A skillful interviewer, Ursula Hegi focuses on understanding the character and story of the individuals in all their complexity. While some genuinely attempt to understand their cultural heritage and feel a deep responsibility to be aware of the Holocaust and pass that awareness on to future generations, others have stayed within the familiar silence that manifests itself in denial, evasion, justification, and an inability to mourn - not all that different from the response of their parents' generation.Tearing the Silence contributes to a more complex picture of a time period we are still struggling to understand. It is a powerful and provocative account of post-Holocaust German immigrants in America, an important document of what it is like to grow up within the numbing silence of postwar Germany, a moving story of what it means to live between two cultures. Read Less

Goodreads reviews for Tearing the Silence: Being German in America