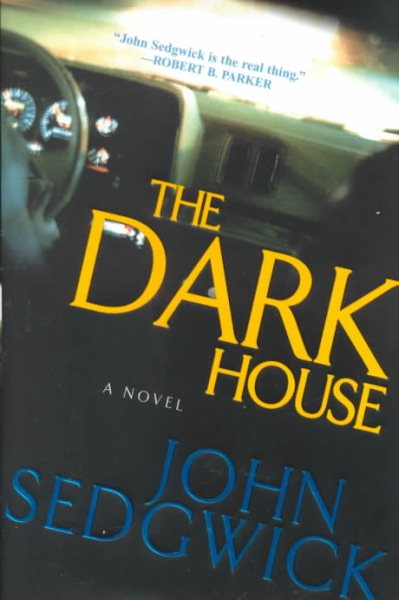 A handsome, well-bred, and extremely alienated young man feeds his desire for intimacy through bourts of voyeurism, spying on people to gather details about their lives, in a chilling novel of literary suspense. 50,000 first printing. BOMC. Read More
"Don't you ever wonder about them -- the people around you?"Who are they, the strangers you pass, the strangers who pass you, at the supermarket, at the mall, on the road? Take that dark Nissan in your rearview mirror. Just another pair of headlights on your stretch of highway, you think.Now indulge your imagination. Who is he? Where is he headed? A traveling salesman, you'd guess, or maybe a suburbanite going home to his family after a long day at the office. After all, you and he are just a random pair of commuters whose lives have momentarily converged -- right?You adjust your mirror.He's still there -- a lone male, late thirties. Rather handsome, acutally. And his eyes are on you. And his eyes are on you. And they stay on you...Meet Edward Rollins, scion of one of Boston's more notable families. Securely yet unhappily employed at one of the city's finest investment houses, he is a man of means -- and of secrets. What began as a lark, a way of unwinding, has become for Rollins an obsession. Each night, armed with a hand-held tape recorder, he randomly picks a car and follows it to a destination, cataloging the habits and peculiarities of its driver, imagining from those details the sort of life that might have been his. But one night changes everything. Trailing a car to a remote suburb, Rollins follows it to a mystery involving a vanished heiress, a mystery to which he unwittingly holds the key. In his desperate isolation, he turns to Marj Simmons, a young colleague he barely knows. To find the truth, they must unlock the secrets of Rollins's own past -- a search that could free him from his own dark house of despair. A harrowing, tension-riddled literary thriller that echoes the storytelling power of Frederick Busch and Ian McEwan, The Dark House heralds the arrival of a major talent. Read Less

Goodreads reviews for The Dark House: A Novel

The Education of Mrs. Bemis

The Education of Mrs. Bemis: A Novel