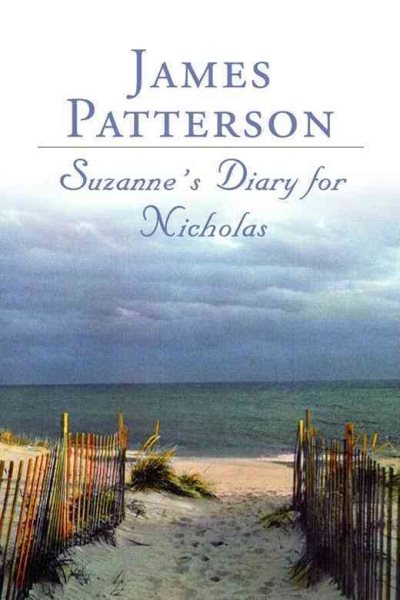 Katie Wilkinson believes she has found the perfect man, until he vanishes, leaving behind a diary penned by a woman named Suzanne who wrote it for her baby boy Nicholas. Read More
Discover James Patterson's powerfully moving novel of love, loss, hope, and family.Katie Wilkinson has found her perfect man at last. He's a writer, a house painter, an original thinker-everything she's imagined she wanted in a partner. But one day, without explanation, he disappears from her life, leaving behind only a diary for her to read.This diary is a love letter written by a new mother named Suzanne for her baby son, Nicholas. In it she pours out her heart about how she and the boy's father met, about her hopes for marriage and family, and about the unparalleled joy that having a baby has brought into her life. As Katie reads this touching document, it becomes clear that the lover who has just left her is the husband and father in this young family. She reads on, filled with terror and hope, as she struggles to understand what has happened-and whether her new love has a prayer of surviving.Written with James Patterson's perfect pitch for emotion and suspense, Suzanne's Diary for Nicholas captures beautifully the joys of a new family even as it builds to an overwhelmingly moving climax. This is an unforgettable love story, at once heartbreaking and full of hope. Read Less