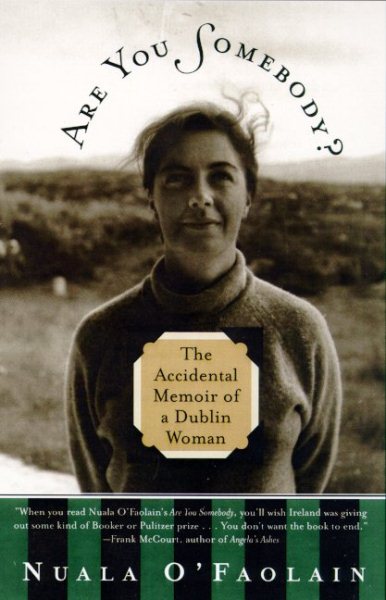 An Irish journalist offers her autobiography in a work that includes columns that originally appeared in "The Irish Times" Read More
Irish times columnist Nuala O'Faolain opens her past and looks at it in this searingly honest midlife exploration of the love, pain, loneliness, loss, and self-discovery she has experienced. The result is a classic memoir. Born one of nine children in a penniless North Dublin family headed by an overwhelmed mother and a charming but absent father, Nuala not only survived but pushed at the boundaries of the confining Catholic Ireland she grew up in. The author spends much of her life seeking the sense of self that hostile environment denied to girls and women. But Nuala sees this past with new eyes when she takes the opportunity, in her fifties, to examine the meaning of her life and to review her accomplishments as well as her deep yearning for a sense of fulfillment.Gifted commentator that she is, Nuala shows us her private thoughts and public actions as they play against the backdrop of the rural Ireland she knew as a child, the blossoming intellectual scene of Dublin in the fifties, and the unspoiled Oxford of the sixties. We see the richness of her native land's culture and its natural beauty as she herself rediscovers them after years in England. With their help she makes her way back to health from a black period of alcoholism and debilitating depression.Nuala has distilled these experiences into a wisdom that could come only from a woman who refused to shrink from life. She escapes the example of her passionate but defeated mother and comes to her own terms with the love she yearns to share with men and women. Even the solitary life, she realizes, that includes neither lover nor child, has its deep contentments. Read Less

Goodreads reviews for Are You Somebody?: The Accidental Memoir of a Dublin Woman

My Dream of You

Are You Somebody: The Life and Times of Nuala O'Faolain

Are You Somebody?: The Accidental Memoir of a Dublin Woman