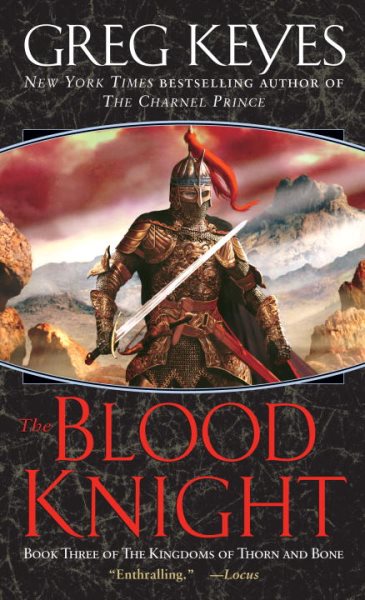 As deadly magic threatens to engulf the entire kingdom, Anne Dare is faced with the murder of her father, the capture of her mother, and a madman's seizure of power, and joins forces with her faithful allies. Read More
“[A] sophisticated and intelligent high fantasy epic.”—Publishers WeeklyThe legendary Briar King has awakened, spreading madness and destruction across a land devastated by a royal family’s fall from power through treachery and dark magic. Half-remembered prophecies may point to the young princess Anne Dare, rightful heir to the throne of Crotheny, as the world’s only hope. But a mysterious assassin stalks her, so skilled that even Anne’s friend and protector Cazio cannot stand against him, nor can her sworn defender, the young knight Neil MeqVren. Though Anne herself is the conduit of fearsome powers beyond her understanding and control, it is time for girl to become woman, princess to become queen. Anne must stop running and instead march at the head of an army to take back her kingdom . . . or die trying.Praise for The Kingdoms of Thorn and Bone“A graceful, artful tale . . . a snare ofterse imagery and compelling characters that grips tightly and never lets up.”—Elizabeth Haydon, author of The Assassin King, on The Briar King“There is adventure and intrigue, swordplay anddark sorcery aplenty.”—Realms of Fantasy, on The Charnel Prince Read Less

Goodreads reviews for The Blood Knight (The Kingdoms of Thorn and Bone, Book 3)

Godzilla: King of the Monsters - The Official Movie Noveliza...