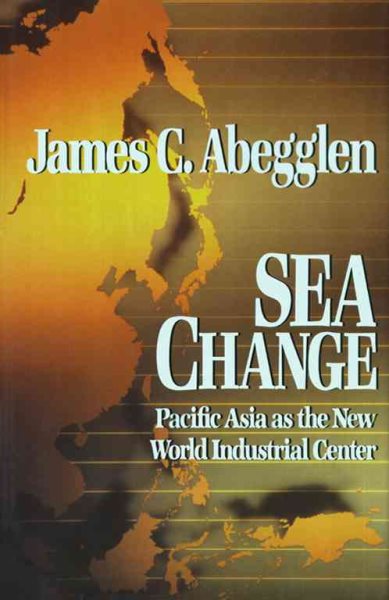 A detailed analysis of East Asian countries, politics, and growing markets shows why this enormous region is fast becoming an important market for American businesses Read More
Enormous economic growth in East Asia is changing the very structure of world business and industry. In this brilliant analysis of East Asian politics and markets, James Abegglen shows the causes and consequences of the historic shift from the North Atlantic to the Pacific. He argues that, with some 900 million consumers, East Asian economies continue to grow several times faster than the world average due to three great forces: the move of Japan lo world industrial and financial leadership; the political independence and stability of East Asian governments dedicated to economic growth; and the rise of overseas Chinese entrepreneurs whose business genius sparks much of the change. Through detailed studies of the organization and strategies of companies in each country, with penetrating insights that only an insider could bring, Abegglen reveals for the first time the immense opportunities as well as the obstacles that every Western manager with global aspirations must consider before investing in production or opening markets in Pacific Asia. The failure of Western companies to capitalize on these markets, Abegglen warns, has the strategically disastrous consequence of allowing competitors to dominate market share and gain industry leadership by exploiting the high growth without competition. With numerous examples, Abegglen assesses the range of strategic options for Western companies in East Asia. Nike, he shows, has taken full advantage of the cost and speed of production in East Asia, while keeping its high-value added operations of design and marketing in the West. Several industrial electronics companies such as IBM, AT&T, and Uniden have followed other strategies, including building world-scale facilities, engaging local governments for shared development, and making the region a center for corporate decision making. These strategies, Abegglen argues, take full advantage of East Asian industrial growth and competence, while forestalling the growth of competitors. Finally, Abegglen discusses the true strategic issue in East Asia: commitment. Western firms, he argues, must be willing to put at risk the capital, technology, and human resources that this competitive environment requires. Effective positioning will not be easy but will determine the winners of the competitive race into the twenty-first century. Read Less