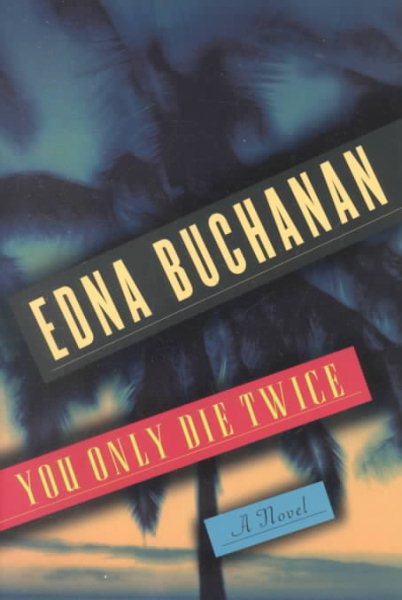 Britt Montero investigates the murder of Kaithlin Jordan, whose husband is weeks away from execution for her alleged murder ten years ago, and Britt becomes determined to discover where Kaithlin has been hiding for the last ten years. Read More
The Los Angeles Daily News has dubbed Pulitzer Prize winner Edna Buchanan "the Queen of Crime." The number one New York Times bestselling author Patricia Cornwell calls her "outrageous and unrivaled." Nearly every reader and reviewer who has gotten a good taste of her exceptional Florida noir agrees: No one captures the steamy, vibrant, and lethal intensity of Miami better than the unsurpassed Edna. And no fictional investigator has more life, depth, character, and savvy than her peerless creation, crime reporter Britt Montero.The perfect, nude corpse of a beautiful woman washes up on a pristine Miami Beach -- her body tanned and shapely, her nails elegantly manicured. The problem is that the victim, Kaithlin Jordan, was murdered ten years ago. And her convicted killer -- her husband, R. J. Jordan, scion of a wealthy and powerful South Florida family -- sits on death row, just weeks away from his execution.Newspaper reporter Britt Montero recalls the high-profile murder trial that heated up a volatile tropical city like the merciless August sun. Even without a body, the prosecution's case against Jordan seemed airtight and the jury enthusiastically bought into it. Now R.J. is preparing to walk -- benefiting from the murderous "largess" of whoever drowned his wife in the ocean off Miami Beach -- and Britt's boundlessly curious nature is energized once more by a slew of questions that suddenly need answers. Did Kaithlin frame her husband for murder -- or did she simply efficiently flee an abusive marriage? And why, after successfully reinventing herself, had she returned to South Florida, only to meet a very bad end in deep turquoise water?Impulsive and explosive, with a turbulent love life and a unique, highly charged relationship with this singular metropolis erected between swamp and sea, Britt is only truly happy when she's involved in a juicy murder story. And this one has the right smell and feel...and threat. Because somewhere in the tangle of an enigmatic beauty's bizarre life and even stranger rebirth -- somewhere between the sparkling gold coast glamour and flashing neon sleaze -- are secret passions and buried solutions that could doom an overly inquisitive journalist with a tendency to leap before she looks. After all, this is Miami, where anything is possible...even dying twice. Read Less

Goodreads reviews for You Only Die Twice: A Novel (Britt Montero Mysteries)

You Only Die Twice