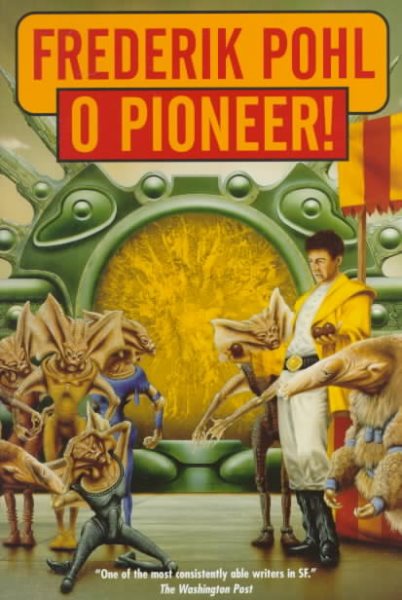 A computer hacker who is able to instantly transport himself to the planet Tupelo finds himself elected mayor of the human population and mediator among a range of disparate species Read More
Earth isn't room enough for Evesham Giyt, a solitary and brilliant computer hacker who longs for the long-gone frontiers and hardy pioneers of the past. Following the discovery of a technology allowing instant transport to distant worlds, he leaves Earth for the beautiful and rugged colony world of Tupelo, where he is soon surprised to find himself a respected member of the community and elected mayor of the colony's human population.For humans aren't the only race to arrive on Tupelo: as mayor, Giyt is part of a council of races trying to peacefully coexist on Tupelo - a difficult task, given their disparate cultures and traditions. It becomes even more difficult as Giyt begins to realize that humanity may have other plans for the planet of Tupelo and the alien races who live there.It's up to Giyt to uncover the truth and to try and carve out a future not just for humanity but for all of Tupelo... Read Less