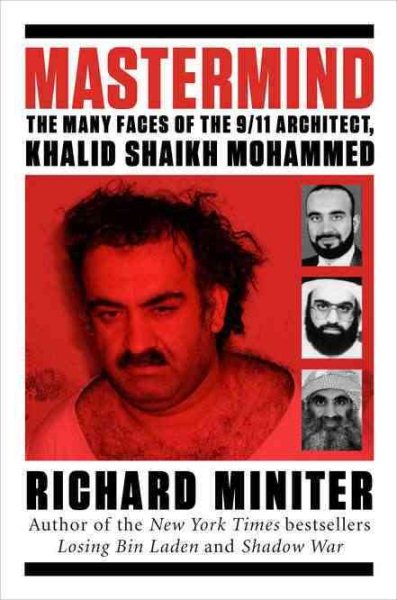 Draws on dozens of interviews with officials, military figures, and spies throughout the world to profile the al Qaeda terrorist behind the September 11 attacks, revealing previously undisclosed facts and details about other plots. Read More
Ten years after killing some three thousand people on September 11, Khalid Shaikh Mohammed (KSM) calmly prays facing Mecca in a military prison cell---but not facing American justiceA man of many faces, KSM delights in manipulating the media, the courts, even President Obama himself.KSM twice tried to kill President Clinton and the pope and bragged that he beheaded Wall Street Journal reporter Daniel Pearl. He planned attacks on shrines, stadiums, and skyscrapers, from Los Angeles' U.S. Bank Tower to London's Big Ben clock tower. He dreamed up the "shoe bomb," the radioactive "dirty bomb," and even aimed to blow up the Panama Canal.The baffling question is why? Why would a brilliant engineering student embark on a career of mass murder? And why, even though he was disliked by Osama bin Laden, did he rise to the top of Al Qaeda?Mastermind is the first book-length investigation of KSM's life. It combines on-the-scene reporting on three continents, thousands of documents, reports from intelligence agencies in Europe, the Middle East, Africa, Asia, and the United States, as well as eyewitness accounts and exclusive interviews. It reads like a fast-paced spy thriller, but has serious implications for our lives and our security. Read Less

Goodreads reviews for Mastermind: The Many Faces of the 9/11 Architect, Khalid Shaikh Mohammed

Eyes on Target: Inside Stories from the Brotherhood of the U...

Leading from Behind: The Reluctant President and the Advisor...