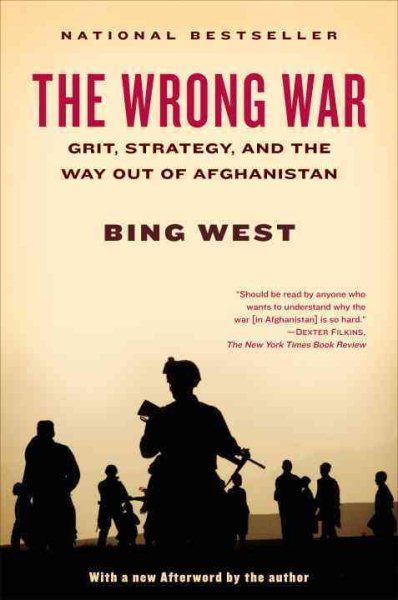 Takes a look the war that has dominated America's military attention nearly ten years after the September 11 attacks and offers a plan for withdrawing troops. Read More
NATIONAL BESTSELLERIn this definitive account of the conflict, acclaimed war correspondent and bestselling author Bing West provides a practical way out of Afghanistan. Drawing on his expertise as both a combat-hardened Marine and a former assistant secretary of defense, West has written a tour de force narrative, rich with vivid characters and gritty combat, which shows the consequences when strategic theory meets tactical reality. Having embedded with dozens of frontline units over the past three years, he takes the reader on a battlefield journey from the mountains in the north to the opium fields in the south. A fighter who understands strategy, West builds the case for changing course. His conclusion is sure to provoke debate: remove most of the troops from Afghanistan, stop spending billions on the dream of a modern democracy, and insist the Afghans fight their own battles. Bing West’s book is a page-turner about brave men and cunning enemies that examines our realistic choices as a nation. Read Less

Goodreads reviews for The Wrong War: Grit, Strategy, and the Way Out of Afghanistan