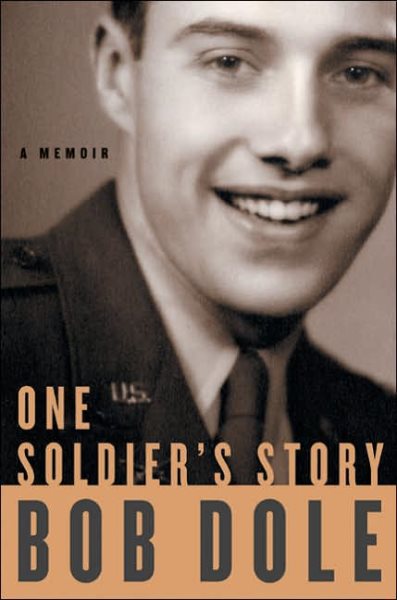 The former U.S. Senate Republican leader recounts his experiences of serving with the 10th Mountain Division during World War II, during which he suffered a dangerous wound that resulted in a three-year struggle for survival. Read More
Before he became one of America's most respected statesmen, Bob Dole was an average citizen serving heroically for his country. The bravery he showed after suffering near-fatal injuries in the final days of World War II is the stuff of legend. Now, for the first time in his own words, Dole tells the moving story of his harrowing experience on and off the battlefield, and how it changed his life.Speaking here not as a politician but as a wounded G.I., Dole recounts his own odyssey of courage and sacrifice, and also honors the fighting spirit of the countless heroes with whom he served. Heartfelt and inspiring, One Soldier's Story is the World War II chronicle that America has been waiting for. Read Less

Goodreads reviews for One Soldier's Story: A Memoir

Great Presidential Wit A Collection of Humorous Anecdotes an...