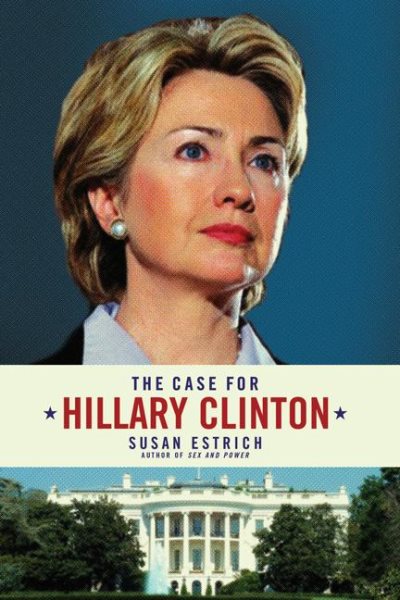 An argument for Hillary Clinton's fitness as a presidential candidate for the 2008 election cites the New York senator's liberal values, advocacy of troops in active duty, and ground-breaking potential as a first woman president. Read More
With the Bush administration now in its final years, all eyes are turning to the 2008 political season -- especially those of Democratic voters, who are casting about for a galvanizing leader to help them win back the White House.And in that role, argues longtime political strategist Susan Estrich, no candidate even approaches the power and promise of Hillary Rodham Clinton, the senator from New York. She is, by far, not only the most popular Democratic leader in the country, but also one of its most popular and admired politicians, period. Both a passionate spokesperson for progressive values and a strong advocate for our troops overseas, she has used her time in the Senate to establish herself successfully as a genuine political powerhouse. There is no candidate whose election would bring such vitality and lasting change into the White House. And she offers Americans a once-in-a-lifetime chance to break the world's most prominent glass ceiling and elect a female president of the United States.In an atmosphere where conservative Hillary-bashing is still as virulent as ever, Estrich demonstrates all the reasons that this principled leader still blows away any other potential contender in the early polls for 2008. And, with arguments both stirring and sensible, she reminds us that if Hillary should succeed, America and the world would be changed forever and for the better. Read Less

Goodreads reviews for The Case for Hillary Clinton

Making the Case for Yourself