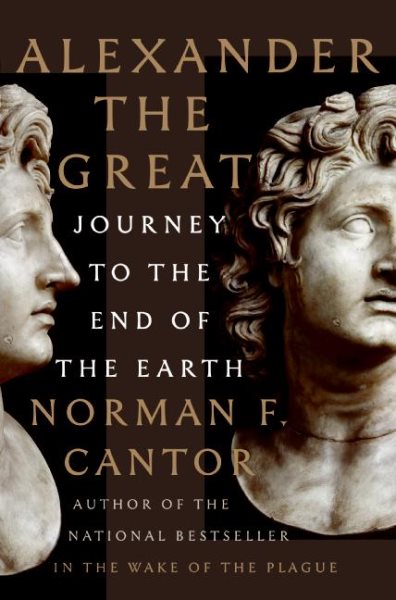 A portrait of the conqueror and empire builder draws on the writings of Alexander's contemporaries as well as modern psychiatric and cultural studies to offer insight into his military ambitions, use of Achilles as a role model, and sexuality. Read More
"Alexander's behavior was conditioned along certain lines -- heroism, courage, strength, superstition, bisexuality, intoxication, cruelty. He bestrode Europe and Asia like a supernatural figure."In this succinct portrait of Alexander the Great, distinguished scholar and historian Norman Cantor illuminates the personal life and military conquests of this most legendary of men. Cantor draws from the major writings of Alexander's contemporaries combined with the most recent psychological and cultural studies to show Alexander as he was -- a great figure in the ancient world whose puzzling personality greatly fueled his military accomplishments.He describes Alexander's ambiguous relationship with his father, Philip II of Macedon; his oedipal involvement with his mother, the Albanian princess Olympias; and his bisexuality. He traces Alexander's attempts to bridge the East and West, the Greek and Persian worlds, using Achilles, hero of the Trojan War, as his model. Finally, Cantor explores Alexander's view of himself in relation to the pagan gods of Greece and Egypt.More than a biography, Norman Cantor's Alexander the Great is a psychological rendering of a man of his time. Read Less

Goodreads reviews for Alexander the Great: Journey to the End of the Earth

Medieval History The LIfe and Death of a Civilization

Medieval history;: The life and death of a civilization