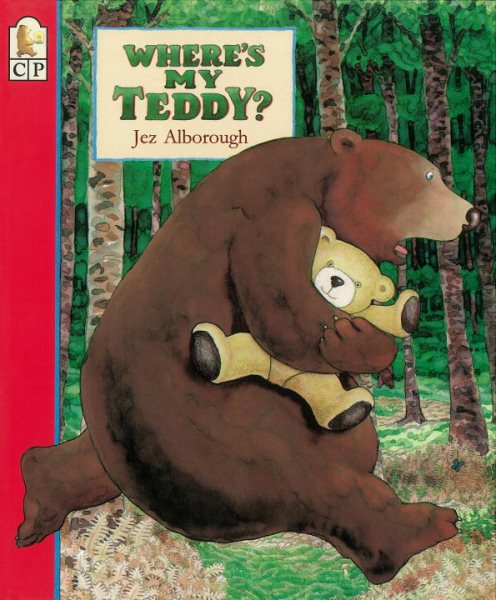 When a small boy named Eddie goes searching for his lost teddy in the dark woods, he comes across a gigantic bear with a similar problem Read More
Yikes! Eddie's in for the surprise of his life when he discovers that his teddy bear has grown much too big to cuddle! But there's fun in store when Eddie meets up with a real bear who's got just the opposite problem—his lost teddy bear has shrunk to a size that's much too small for such an enormous bear to cuddle. Could it be a case of mistaken identity? This fast-paced comedy of errors, illustrated with Jez Alborough's quirky artwork, is guaranteed to have children—and bears alike—reaching for their teddies! Read Less

Goodreads reviews for Where's My Teddy?

My Friend Bear (Eddy & the Bear)