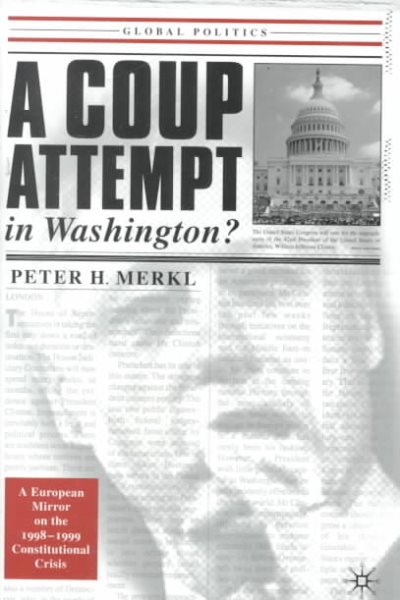 By viewing the entire Clinton scandal through the eyes of European journalists, Merkl uncovers the damage done to our constitution, our political system, and our role of world leadership. Read More
This is an exploration, with hundreds of appropriate quotes from French, British, German, Italian, and other newspapers, on how differently European journalists interpreted our attempt to impeach and remove our twice-elected president. This is not an effort to defend President Clinton. Contrary to what our media told us, Europeans did not just snicker about our attitude to sex scandals—they did little of that—but they critically and knowledgeably examined our obvious abuses of American legal procedures and concepts (e.g. perjury) and relevant constitutional clauses. They saw this as a five-year vendetta culminating in a quasi-constitutional coup attempt, not just the pursuit of a scandal, and believed an important part of our media was involved in the "vast rightwing conspiracy" to overthrow Clinton. Finally, and again unlike our media, they thought that this action damaged our constitutional system and would have destroyed it had the coup succeeded. Read Less

Goodreads reviews for A Coup Attempt in Washington: A European Mirror on Our Recent Constitutional Crisis

German foreign policies, West & East;: On the threshold of a...