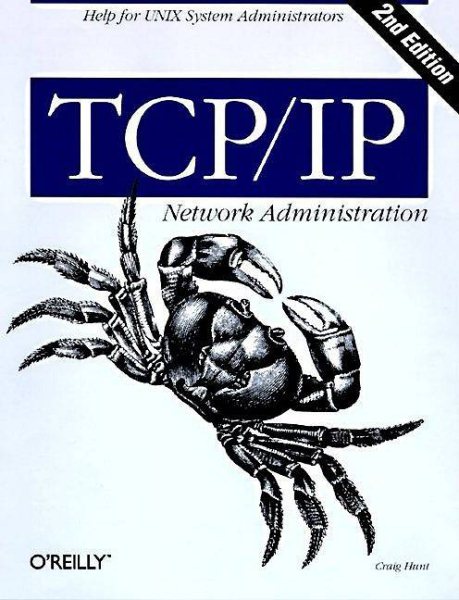 A complete guide to setting up and running a TCP/IP network for practicing system administrators, this new second edition covers setting up a network, configuring important network services, and issues in troubleshooting and security. It also includes LINUX in addition to BSD and System V TCP/IP implementations. Read More
TCP/IP Network Administration, 2nd Edition is a complete guide to setting up and running a TCP/IP network for administrators of networks of systems or users of home systems that access the Internet. It starts with the fundamentals: what the protocols do and how they work, how addresses and routing are used to move data through the network, and how to set up your network connection.Beyond basic setup, this new second edition discusses advanced routing protocols (RIPv2, OSPF, and BGP) and the gated software package that implements them. It also provides a tutorial on how to configure important network services, including PPP, SLIP, sendmail, Domain Name Service (DNS), BOOTP and DHCP configuration servers, and some simple setups for NIS and NFS. There are also chapters on troubleshooting and security. In addition, this book is a command and syntax reference for several important packages, including pppd, dip, gated, named, dhcpd, andsendmail.Contents include:Overview of TCP/IPDelivering the DataNetwork ServicesGetting StartedBasic ConfigurationConfiguring the InterfaceConfiguring RoutingConfiguring DNS Name ServiceConfiguring Network ServerssendmailTroubleshooting TCP/IPNetwork SecurityInternet Information ResourcesAppendixes include: dip, pppd and chat reference; agated reference; a named reference; a dhcpd reference; and a sendmail referenceCovers Linux, BSD, and System V TCP/IP implementations. Read Less