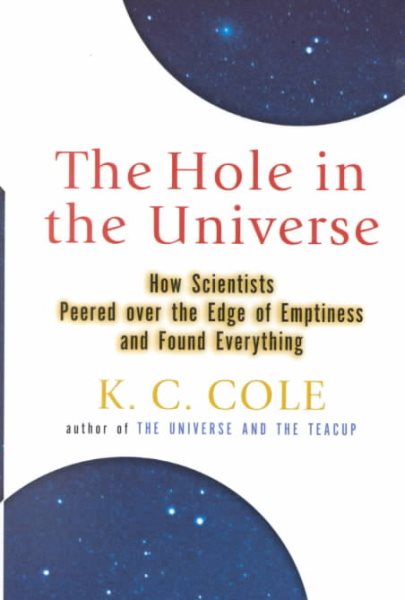 A look at cutting-edge science shows how physicists have been able to pierce previous voids and limitations to discover black holes, repulsive anti-gravity, the undulating string, and other phenomena. Read More
Welcome to the world of cutting-edge math, physics, and neuroscience, where the search for the ultimate vacuum, the point of nothingness, ground zero of theory, has rendered the universe deep, rich, and juicy. "Modern physics has animated the void," says K. C. Cole in her entrancing journey into the heart of Nothing. Every time scientists and mathematicians think they have reached the ultimate void, new stuff appears: a black hole, an undulating string, an additional dimension of space or time, repulsive anti-gravity, universes that breed like bunnies. Cole's exploration at the edge of everything is as animated and exciting as the void itself. Take Cole's hand on this adventure into the unknown, and you'll come back informed, amused, and excited. Read Less

Goodreads reviews for The Hole in the Universe: How Scientists Peered over the Edge of Emptiness and Found Everything

The Universe and the Teacup: The Mathematics of Truth and Be...

Sympathetic Vibrations: Reflections on Physics as a Way of L...

First You Build a Cloud: And Other Reflections on Physics as...