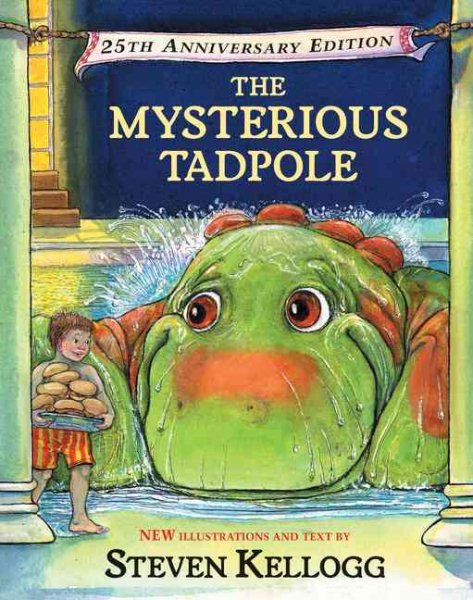 It soon becomes clear that Louis's pet tadpole is not turning into an ordinary frog. Read More
Louis's Scottish uncle brings him the birthday gift of a tadpole, plucked right out of Loch Ness. But it soon becomes clear that this "tadpole" is not turning into an ordinary frog! It'll take a little help from friends and a lot of ingenuity to feed and shelter this unusual, ever-growing pet. The Mysterious Tadpole, with its giddy mix of fantasy, adventure, and high humor, is one of Steven Kellogg's most popular books. It was an ALA Notable, an IRA-CBC Children's Choice, and won the Irma Simonton Black Award. For its anniversary, Steven has reworked aspects of the story and has created entirely new artwork in the bright, bold colors that weren't reproducible twenty-five years ago. He discusses why he wanted to revise the book in a lively author's note. Read Less

Much Bigger Than Martin