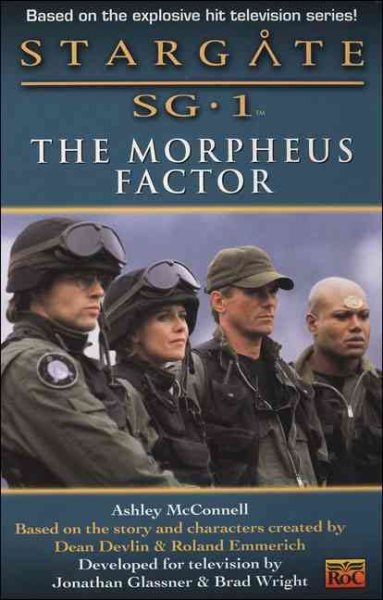 in a world known as P4V-837, the SG-1 team encounters the Kayeechi, a race of apparently hospitable natives, but, after a few hours on the planet, the members of the team find themselves experiencing bizarre hallucinations that become progressively darker and more terrifying. Reissue. (A Sci-Fi Channel series, starring Richard Dean Anderson) Read More
Based on one of the SciFi channel's most popular shows On the world of P4V-837, the SG-1 team encounters a race of friendly natives. But the team begins experiencing hallucinations that grow darker with the passing hours-and become unwilling participants in a brutal conflict in which their subconscious minds have become the deadliest weapons of all. Read Less