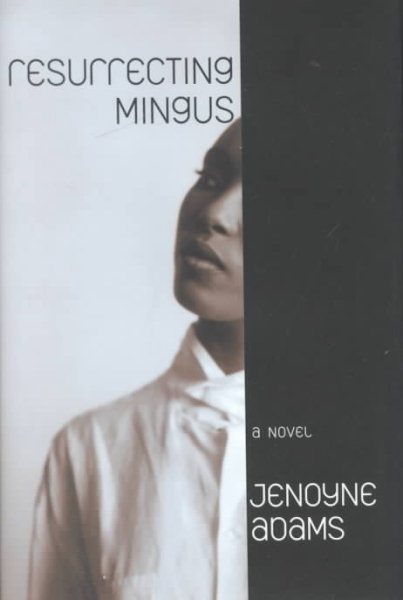 After thirty-five years of marriage, Mingus Browning's African American father has left her Irish mother for a black woman, and the young lawyer decides to defend her mother in the divorce proceedings, a decision that changes her life. Read More
Resurrecting Mingus is the story of a young woman lost -- striving to find her own identity while dealing with powerful and painful questions that force her to confront everything and everyone that matters to her. In this stunning debut novel, Jenoyne Adams, a PEN Center USA West Emerging Voices Fellow, displays a rare talent for a first-time author: the skill and courage to write about some of the most controversial issues today in an absorbing and compulsively readable manner. Mingus Browning is a successful, young, beautiful lawyer whose life is falling apart. After a thirty-five-year marriage, Mingus's African-American father has suddenly left her Irish mother for a black woman. A daddy's girl, Mingus is torn between the father she has always been closer to, the mother she may have to defend in divorce proceedings, and a sister hell-bent on winning their lifelong sibling rivalry. Mingus is caught in middle of the three, a woman alone, and, in turn, realizes that she has probably always felt more comfortable that way because she is part of no one group, let alone a united family. Juggling her parents' grief with her own proves to be too much for Mingus as she stumbles from one questionable relationship to another, further complicating her life. After years of isolating herself from those who have tried to care for her, Mingus finally meets someone who rips through her protective defenses and exposes her need to be loved. Eric Simms, a smooth-talking television producer, is through playing dating games and is looking for love for real this time. With Eric, Mingus finally learns to forget the fear of a broken heart and opens herself completely. That is, until word starts circulating that her new love has his secrets as well, and suddenly what was a perfect relationship begins to look like yet another minefield of hurt, as Mingus is forced to choose between her man, her sister, and the truth. After facing a long, sad string of heartaches and betrayals, Mingus finally reaches the point in her life where she realizes who she is, what she wants, and how she doesn't need another man to get it. Marked by raw images and poetic prose, Jenoyne Adams's affecting first novel candidly explores the bonds of family, faith, and finding someone to love when you can't even find someone to trust. Read Less