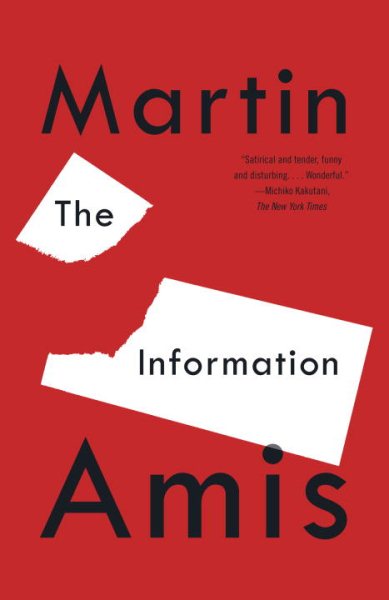 Literary critic and unpublished novelist Richard Royce allows his jealousy of his oldest friend, best-selling novelist Gwyn Barry, to get the best of him, a situation complicated by a local crime boss, who is having an affair with Royce's wife Read More
Fame, envy, lust, violence, intrigues literary and criminal--they're all here in The Information. How does one writer hurt another writer? This is the question novelist Richard Tull mills over, for his friend Gwyn Barry has become a darling of book buyers, award committees, and TV interviewers, even as Tull himself sinks deeper into the sub-basement of literary failure. The only way out of this predicament, Tull believes, is the plot the demise of Barry."With The Information, Amis delivers a portrait of middle-age realignment with more verbal felicity and unbridled reach than [anyone] since Tom Wolfe forged Bonfire of the Vanities."--Houston Chronicle Read Less

Goodreads reviews for The Information