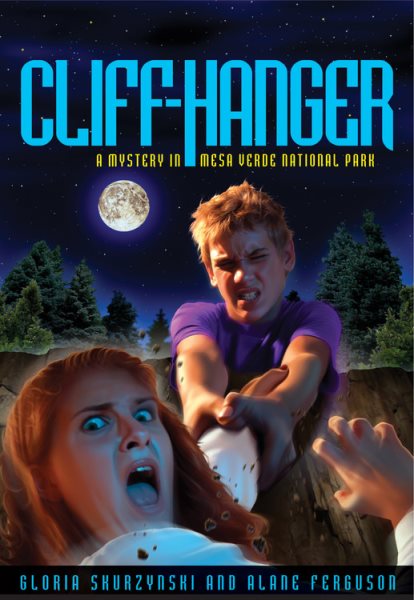 Jack's mother is investigating a cougar attack at Mesa Verde, but he cannot explore due to her foster child Read More
When a cougar attacks a hiker in Mesa Verde National Park, the Landons have another mystery on their hands. Jack and Ashley are used to visiting parks with their wildlife veterinarian mother and photographer father, but this time their hands are full with a foster child called Lucky Deal. As Lucky and Jack become friends, Ashley becomes suspicious: What did Lucky take from the burn site? Who did she call in the night? In a midnight showdown at Spruce Tree House, Jack realizes there's more to fear than a killer cat. Cliff-Hanger weaves Native American folklore, natural science, and geography into a heart-pounding thriller. The afterword by Will Morris, Chief of Interpretation and Visitor Services at Mesa Verde, outlines the dangers of cougar attacks and the need to protect wild animals. Read Less

Goodreads reviews for Cliff-Hanger (Mysteries in Our National Park)

caught in the moving mountains

Mysteries in Our National Parks: Wolf Stalker: A Mystery in...

Mysteries in Our National Parks: Valley of Death: A Mystery...