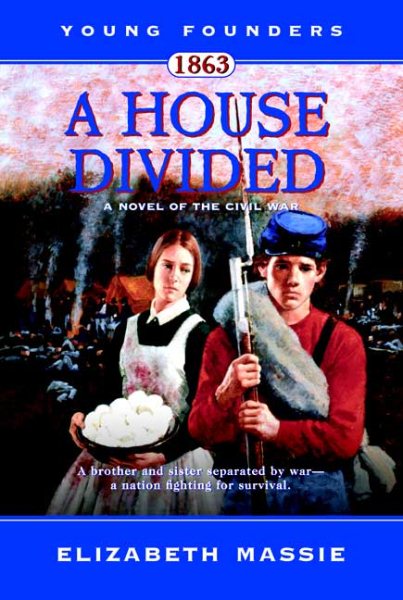 Sixteen-year-old twins Susanne and Stephen leave their sleepy town to help the Union army, but they are unaware of the impending battle that will occur between Union and Confederate forces in a small town called Gettysburg. Read More
A brother and sister separated by war—a nation fighting for survival. By April 1863 the Civil War has been raging for two years. On their sleepy farm in Gettysburg, sixteen-year-old twins Susanne and Stephen are alarmed by news that Confederate forces under General Robert E. Lee are threatening to invade the North for a strike at Washington, D.C.! Rebel forces in the Union capital? Is it possible? Frustrated with farm life and itching for action, Stephen runs away to join the beleaguered Army of the Potomac to fight Johnny Reb. Susanne is left behind to care for her embittered great uncle and superstitious great aunt. Separated by war, death, and disease, the twins maintain correspondence. But little do they know that Union and Confederate forces are converging on a small town for a battle that may determine the outcome of the war—a town called Gettysburg. Read Less

Goodreads reviews for 1863: A House Divided: A Novel of the Civil War (Young Founders)