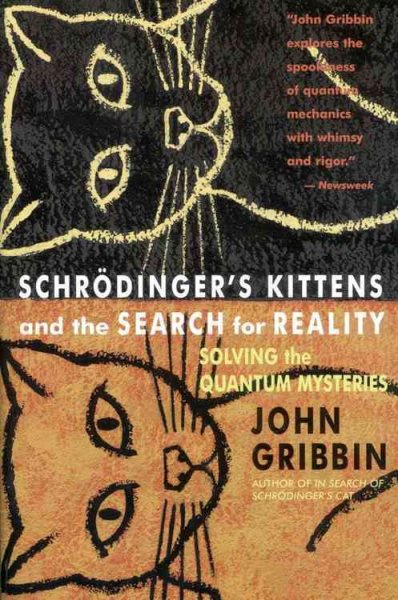 An intriguing tour of the mysteries of modern physics describes how dramatic improvements in experimental techniques and new theories have transformed the quantum universe over the last decade--from mind-bending paradoxes to intriguing sidelights. Reprint. Read More
In this eagerly anticipated sequel to the classic bestseller In Search of Schrodinger's Cat, John Gribbin digs even deeper into the mysterious and confounding world of quantum mechanics. Gribbin takes infinitely complex, mind-bending experiments, brings them to life, and makes them accessible to the lay reader. Under his deft guidance, we can begin to grasp the fundamental riddle of today's quantum mechanics: how a single photon can be seen going in two directions at once. Along the way, Gribbin reveals some fascinating discoveries: how quantum particles could one day be used in a Star Trek-type teleportation system, and how quantum cryptographers have developed ways of making unbreakable codes using quantum effects. Schrodinger's Kittens and the Search for Reality illuminates the world's most intriguing and enigmatic scientific phenomenon - and shows how the "impossible dreams" of such legendary scientists as Bohr, Feynman, and Einstein may soon become reality. Read Less

Goodreads reviews for Schrodinger's Kittens and the Search for Reality: Solving the Quantum Mysteries

SCHRODINGER'S KITTENS AND THE SEARCH FOR REALITY: Solving th...

In Search of Schrödinger's Cat: Quantum Physics and Reality