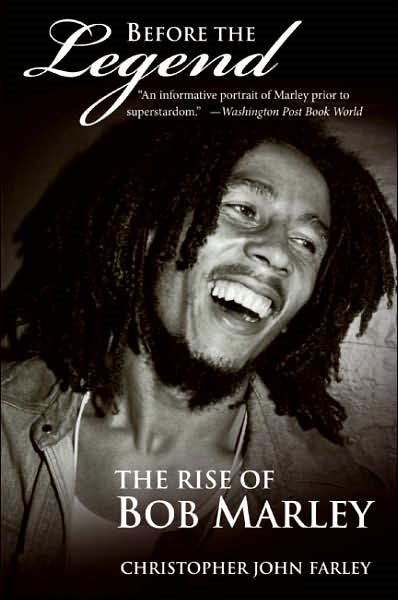 Presents the early life of the reggae musician, drawing on interviews with family, friends, and colleagues to chronicle his journey from the tough streets of Jamaica, to his early days as a struggling artist, and his rise to international acclaim. Read More
Bob Marley was a reggae superstar, a musical prophet who brought the sound of the Third World to the entire globe. Before the Legend: The Rise of Bob Marley goes beyond the myth of Marley to bring you the private side of a man few people ever really knew. Drawing from original interviews with the people closest to Marleyincluding his widow, Rita, his mother, Cedella, his bandmate and childhood friend, Bunny Wailer, his producer Chris Blackwell, and many others&apos;Legend paints an entirely fresh picture of one of the most enduring musical artists of our times. This is a portrait of an artist as a young man, from his birth in the tiny town of Nine Miles in the hills of Jamaica, to the making of his debut international record, "Catch a Fire." We see Marley on the tough streets of Trench Town before he found stardom, struggling to find his way in music, in love and in life, and we take the wild ride with him to worldwide acceptance and adoration. From the acclaimed journalist, Christopher John Farely, the author of the bestselling AALIYAH and the reporter who broke the story on Dave Chappelle's retreat to South Africa, Legend is bursting with fresh insights into Marley and Jamaica, and is the definitive story of Marley's early days. Read Less

Goodreads reviews for Before the Legend: The Rise of Bob Marley

Kingston by Starlight: A Novel

My Favorite War: A Novel