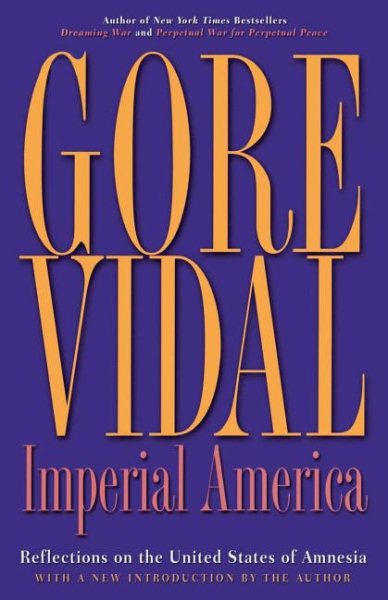 Presents a series of articles and essays criticizing recent developments in American government and foreign policy, especially during the administration of George W. Bush. Read More
Gore Vidal has been described as the last noble defender" of the American republic. InImperial America, Vidal steals the thunder of a right wing Americathose who have camouflaged their extremist rhetoric in the Old Glory and the Red, White, and Blueby demonstrating that those whose protest arbitrary and secret government, those who defend the bill of rights, those who seek to restrain America's international power, are the true patriots."Those Americans who refuse to plunge blindly into the maelstrom of European and Asiatic politics are not defeatist or neurotic," he writes. "They are giving evidence of sanity, not cowardice, of adult thinking as distinguished from infantilism. They intend to preserve and defend the Republic. America is not to be Rome or Britain. It is to be America." Read Less