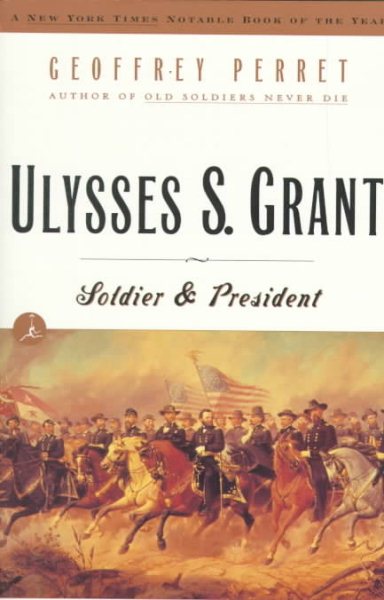 Traces the life of the Civil War general and eighteenth president of the United States and assesses his major accomplishments Read More
Not since Bruce Catton has there been such an absorbing and exciting biography of Ulysses S. Grant. “Grant is a mystery to me,” said William Tecumseh Sherman, “and I believe he is a mystery to himself.” Geoffrey Perret’s account offers new insights into Grant the commander and Grant the president that would have astonished both his friends, such as Sherman, and his enemies.   Based on extensive research, including material either not seen or not used by other writers, this biography explains for the first time how Ulysses S. Grant’s military genius ultimately triumphed as he created a new approach to battle. He was, says Perret, “the man who taught the army how to fight.”   As president, Grant was widely misunderstood and underrated. That was mainly because he was, as Perret shows, the first modern president—the first man to preside over a rich, industrialized America that had put slavery behind it and was struggling to provide racial justice for all.   Grant’s story—from a frontier boyhood to West Point; from heroic feats in the Mexican War to grinding poverty in St. Louis; from his return to the army and eventual election to the presidency; from his two-year journey around the world to his final battle to finish his Personal Memoirs—is one of the most adventurous and moving in American history. Read Less