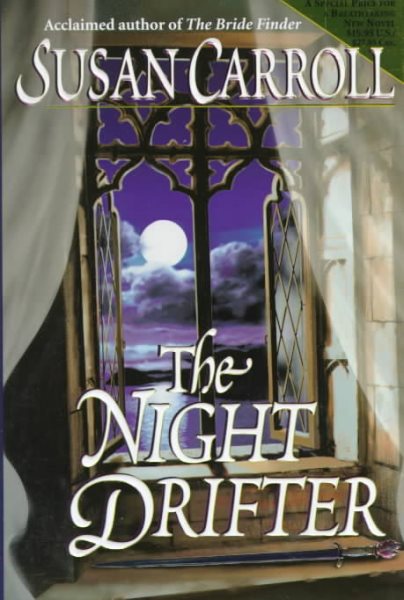 A young widow struggles to summon the magical forces that will enable her to save her new love, a Cornish nobleman who roams the night in spirit form, from a shadowy enemy Read More
Lance St. Leger is defying his destiny. The eldest son and heir to Castle Leger, he has returned from the army determined to continue his role as rakehell and black sheep, plagued by an infernal restlessness that cannot be appeased. Perhaps because the St. Leger legacy of strange powers is most pronounced in Lance's own dubious gift. He calls it night drifting - his ability to separate his body from his soul, to spirit into the night while flesh and bone remain behind. And it is on one wild night's mad search for a magnificent stolen sword - the icon of St. Leger power - that he finds her....Rosalind, a young, sheltered widow with a passion for the Arthurian legend, mistakes Lance's "drifting" soul for the ghost of Sir Lancelot.But deep down in her heart, Rosalind is all too aware she is a mortal woman with very real desires that only a man of flesh and blood can fulfill - a man like Lance St. Leger. The scandal-plagued scoundrel teases and tempts her, fills her with a yearning her chivalrous phantom knight cannot satisfy. And in this place imbued with both true love and otherworldly magic, where blood ties run as deep as eternity, a new dire portent vows to come full circle. As a murderous enemy challenges the St. Leger power, Rosalind must tempt magic herself to save her beloved from the cold depths of eternal damnation. Read Less

Goodreads reviews for The Night Drifter

The Silver Rose: A Novel (The Dark Queen Saga)

The Courtesan: A Novel (The Dark Queen Saga)