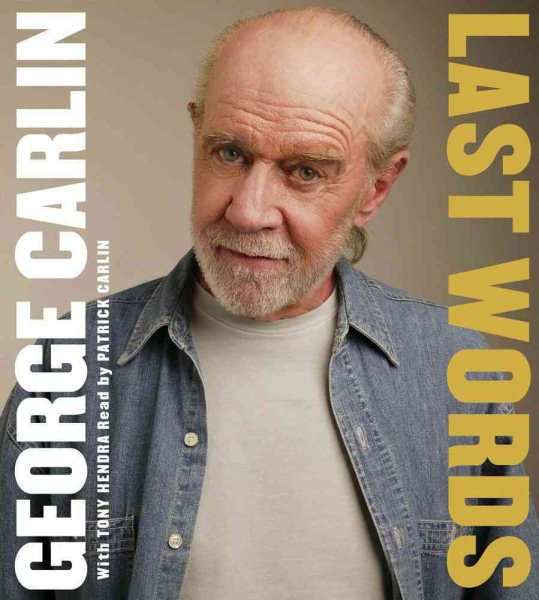 An autobiography that the late comedian nearly completed before he died chronicles his storied career, during which he pushed the boundaries of comedy and language and influenced several generations of performers. Read More
Now in paperback, this posthumous work by an American classic was a fitting last book, an instant bestseller, and a huge success!One of the undisputed heavyweight champions of American comedy, with nineteen appearances on the Johnny Carson show, thirteen HBO specials, five Grammys, and a critical Supreme Court battle over censorship under his belt, George Carlin saw it all throughout his extraordinary fifty-year career, and made fun of most of it. Last Words is the story of the man behind some of the most seminal comedy of the last half century, blending his signature acerbic humor with never-before-told stories from his own life, including encounters with a Who’s Who of 1970s celebrity—from Lenny Bruce to Hugh Hefner—and the origins of some of his most famous standup routines. Carlin’s early conflicts, his long struggle with substance abuse, his turbulent relationships with his family, and his triumphs over catastrophic setbacks all fueled the unique comedic worldview he brought to the stage. From the heights of stardom to the low points few knew about, Last Words is told with the same razor-sharp wit and unblinking honesty that made Carlin one of the best-loved comedians in American history. Read Less

George Carlin: All My Stuff