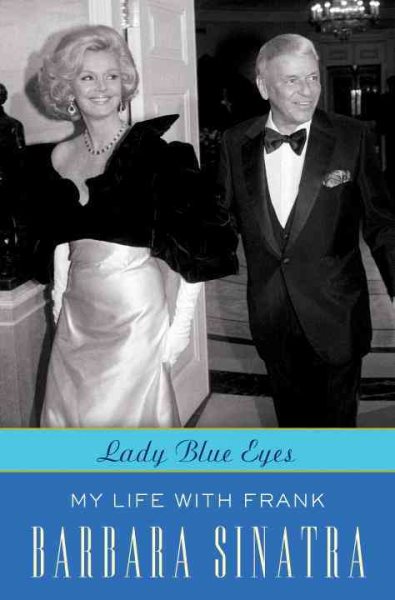 The widow of the Hollywood golden-era legend describes their courtship and more than two-decade marriage, offering insight into the highs and lows of their relationship as well as the intricacies of Sinatra's character. Read More
Thirty years after she first heard his voice singing on the jukebox at her local drive-in, Barbara Ann Blakely heard Frank Sinatra take the wedding vows that began his fourth, final, and most enduring marriage.In Lady Blue Eyes, Barbara Sinatra’s first public love letter to the husband she adored, she celebrates the sensational singer, possessive mate, sexy heartthrob, and devoted friend that she found in Frank. For more than two decades, Barbara was always by his side, traveling the globe and hosting glittering events for their famous friends, including presidents, kings, queens, Hollywood royalty, and musical legends. Among them were Sammy Davis, Jr., Princess Grace of Monaco, Bob Dylan, and Ronald Reagan. Each night, as Frank publicly wooed his bride with love songs from a concert stage, she’d fall in love with him all over again.From her own humble beginnings in a small town in Missouri to her time as a fashion model and her marriage to Zeppo Marx, Barbara Sinatra reveals a life lived with passion, conviction, and grace. A founder of the Miss Universe pageant and a onetime Vegas showgirl, she raised her only son almost single-handedly in often dire circumstances until, after five years of tempestuous courtship, she and Frank committed to each other wholeheartedly. In stories that leap off the page, she takes us behind the scenes of her iconic husband’s legendary career and paints an intimate portrait of a man who was variously generous, jealous, witty, and wicked. Coupled with revealing insights about many of Frank’s celebrated songs, this is much more than the story of a showbiz marriage.It is a story of passion and of a deep and lifelong love. Read Less

Goodreads reviews for Lady Blue Eyes: My Life with Frank

Document Based Activities Using Primary Sources in the Middl...