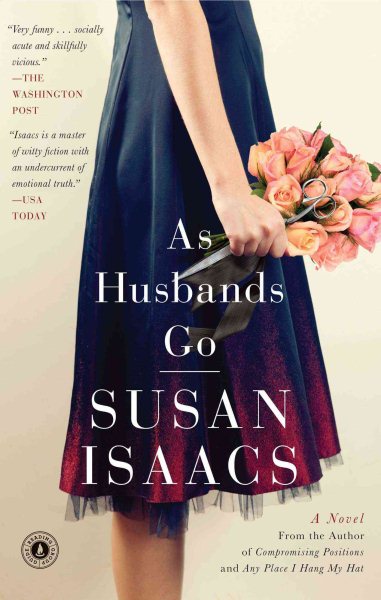 Astonished when her seemingly devoted husband is found murdered in a prostitute's apartment, Susie, a mother of four-year-old triplets, bristles at her neighbors' mixed reactions and tackles everyone from her husband's partners to the DA to restore her family's honor. Read More
Call her superficial, but Susie B Anthony Rabinowitz Gersten assumed her marriage was great—and why not? Jonah Gersten, MD, a Park Avenue plastic surgeon, clearly adored her. He was handsome, successful, and a doting dad to their four-year-old triplets. But when Jonah is found dead in the Upper East Side apartment of second-rate “escort” Dorinda Dillon, Susie is overwhelmed with questions left unanswered. It’s bad enough to know your husband’s been murdered, but even worse when you’re universally pitied (and quietly mocked) because of the sleaze factor. None of it makes sense to Susie—not a sexual liaison with someone like Dorinda, not the “better not to discuss it” response from Jonah’s partners. With help from her tough-talking, high-style grandma Ethel, who flies in from Miami, she takes on her snooty in-laws, her husband’s partners, the NYPD, and the DA as she tries to prove that her wonderful life with Jonah was no lie. Read Less

Goodreads reviews for As Husbands Go: A Novel

As Husbands Go: A Novel