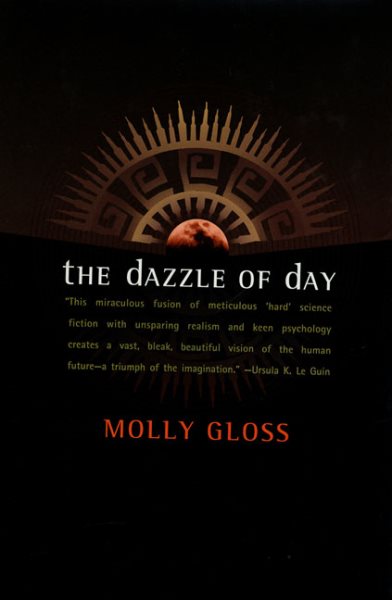 When the earth is so polluted that people live in space stations above the earth's surface, a group of people depart their home planet on a multigenerational journey to find a new home Read More
A New York Times Notable BookThe Dazzle of Day is a brilliant and widely celebrated mixture of mainstream literary fiction and hard SF. Molly Gloss turns her attention to the frontiers of the future, when the people of our over-polluted planet Earth voyage out to the stars to settle new worlds, to survive unknown and unpredictable hardships, and to make new human homes. Specifically, it is a story about people who have grown up on a ship that is traveling to a new world, and about the society and culture that have evolved among them by the time they arrive at their new home planet. Read Less

Goodreads reviews for The Dazzle of Day

Falling from Horses: A Novel

The Hearts of Horses

The Hearts of Horses